"InnerSphere": every concert is important for us

- ALMOST 6 MONTHS PASSED SINCE "AMNESIA" ALBUM WAS RELEASED. WHAT REVIEWS HAVE YOU GOT? HAVE THEY MET YOUR EXPECTATIONS?

- Yes, it's right half year now. The album has good rating, many positive reviews. If we make an average rating, it's somewhere around 8/10 which seems great to us for a debut album... I personally like the album, how it is written, how it sounds and I am glad for the positive reactions. We tried to record an album which will we like at the first place. After mastering was done, we had really good feeling about it.

- AT THE EARLY STAGES OF THEIR CAREER YOUNG BANDS ARE SEARCHING FOR NEW IDEAS, CHANGES STYLES, ETC. IN MY OPINION, "AMNESIA" ALBUM IS LOGICAL SEQUEL TO YOUR EP, MUSICALLY. CAN WE SAY "INNERSPHERE" HAS FOUND MUSICAL DIRECTION ALREADY?

- That's true. In our case, some of songs on "Amnesia" were written in similar period as the EP (for example "Shape the Nihilism", "Black Forest", "Impure"). Also most of EP and "Amnesia" are written by me, so the handwritting has the place on both records. I think we steppend on a path, going further, exploring and evolving the things, but it's still the one path.

-  IT LOOKS THAT THE ARTWORK OF YOUR LATEST ALBUM WAS MADE SPECIALLY FOR YOUR BAND (NOT CHOSEN FROM SOME PAINTER'S GALLERY). IS THIS TRUE?

- That is correct. We are in touch with graphic / ilustrator Marek "Markko" Pišl ("Quercus") and we like the way he make booklets and artworks. That is the reason why we chose him. He is also a friend of ours and had a lot of time, to blend in this album before its releasing. You can also hear his church organ samples in song "Asylum".

- THERE WERE TWO VIDEOS MADE FOR SONGS FROM "AMNESIA" ALBUM. WHY DID YOU CHOOSE "BLACK FOREST" AND "WHEN THE EMPIRE FALLS"?

- These two songs were picked from multiple reasons. Firstly, they both sounds great live and people react on them. Both are around 4:00-4:30 minutes long which is I think ideal lenght for the first clips. Also "Black Forest" and "When the Empire Falls" are kind of different topic / theme, works like the oposite as one is in the beginning of the story and the second one is the end.

- DESPITE THE FACT "INNERSPHERE" IS YOUNG BAND, MOST MEMBERS WERE PLAYING IN OTHER BANDS. WHAT ARE YOUR ACHIEVEMENTS IN METAL SCENE BEFORE "INNERSPHERE" WAS FORMED?

- I played in "Return To Innocence“ before forming "InnerSphere", played quite alot of events with them, wrote an album which was not recorded. Lebi (drums) played in few less known bands ("Alter in Mind", "Stone Therapy", "Rise of the Fallen"). Lukas (guitar) plays still in "Sinetrium", which plays as a supporting act to bigger Czech, heavy metal bands quite often. Katas (bass) is a frontman in a great Czech doom metal band "Self-Hatred" and was a singer in "Llyr" before... To be honest, there were none breathtaking achievements before "InnerSphere".

- "BRUTAL ASSAULT" IS WELL KNOWM FESTIVAL IN EUROPE - LITHUANIAN HEADBANGERS LIKE THIS EVENT TOO! WHAT ARE YOUR MEMORIES FROM LATEST FESTIVAL? WHAT OTHER "INNERSPHERE" GIGS FROM ENTIRE CARREN WERE THE MOST SUCCESSFUL OR THE MOST IMPORTANT?

- That was hell of a concert, we really enjoyed it. The "Brutal Assault" festival is superb. We played on Thursday at ca 2 AM while "Marduk" played at the main stage. Though this late time and even the main stage performances, the our show was perfect, a lot of people, headbangers there. Also a lot of Pilsner people came to see us holding special made banners. It is really prestigious to play at BA... There were many great concerts, can't name all of them. For us is every concert important, you never know who is listening and watching and we also love to perform live.

- METAL SCENE OF CZECH REPUBLIC IS STRONG ENOUGH, BUT IN INTERVIEW FOR LITHUANIAN ZINE "DIOVIM" IN 2016 YOU'VE TALKED ABOUT METAL BANDS' PROBLEMS IN YOUR COUNTRY: DIFFICULTIES TO BREAK INTO INTERNATIONAL CAREER, LAZY LOCAL FANS, ETC. WHAT SITUATION IN YOUR COUNTRY IS IN 2018?

- It depends on the point of view. I would say that the metal scene is good over there, but when we focus on the underground metal scene it is another thing. We cannot compare stadium or festival (big) concerts with a club concert. Honestly, most of bands there are playing mainly clubs, and the count of people attenting the club concerts is not bad, but also not good enough. At least there are still many true fans, who are attending and supporting the scene... Around playing abroad, I would say now that it mostly depends on the band itself, seeking solutions and having ideas. We tried few things and it works. We played in 6 countries already, had a tours abroad. There is always a way, though it is hard sometimes.

- YOU'VE POSTED A MESSAGE ON FACEBOOK ABOUT WRITING NEW SONGS. WHEN THE FANS WILL HEAR THIS STUFF? WHEN WE SHALL EXPECT NEW ALBUM?

- We actually have 2 new, finished songs which are planned to be played since this November. It is really fresh material and I think these two are good songs... We have a lot of material prepared for aranging, but it will take time to finish it, make a really good concept. I can't say any exact date or period, when we should go to studio to record it or release. I would be glad to have the album prepared till end of 2019 as we will be playing quite a lot next year. So hopefully in 2020 there could be a new album.

- "INNERSPHERE" HAS PLAYED MANY GIGS THIS SPRING PROMOTING LATEST ALBUM IN CZECH REPUBLIC. DO YOU HAVE PLANS TO PLAY "AMNESIA" SONGS LIVE IN FOREIGN COUNTRIES?

- We will be on an autumn tour this November, hitting Germany, Romania and Croatia... And right from the beggining of 2019 we go on common tour with "Nahum" and "Purmana", playing in Czech, Slovakia, Poland... Also have few concerts in Austria and Germany next year too. So there will be many opportunities to hear "Amnesia" live. :) We will definitely seek a way to spread "InnerSphere" further. 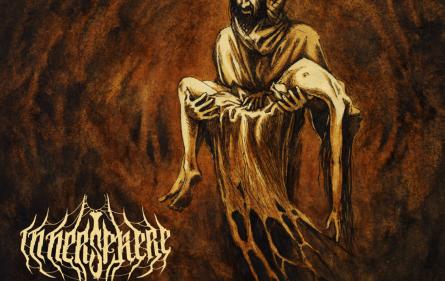 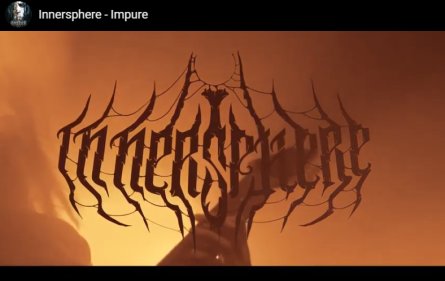 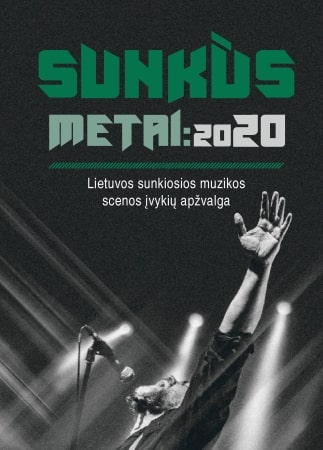